Discover Abruzzo in a day

To truly discover Abruzzo’s territory one has to experience it through the eyes of a local. For this reason, we give you a truly unique insight into the daily trip in order to discover the local beauty.

We have carefully selected a few cities and experiences that will introduce you to the main features of our region.

The Spanish Fortress of Civitella del Tronto is the most majestic monumental architectural work of Abruzzo. It was the last Bourbon bulwark to fall under the Piedmontese troops in 1861, while the Unification of Italy was taking place. The village with its 13th century churches, such as that of San Francesco, and many Renaissance palaces, is also evocative. (km. 35)

The Sanctuary of San Gabriele

It is dedicated to the Patron Saint of Abruzzo, it is located at the foot of the Gran Sasso, in a suggestive scenery. It receives millions of pilgrims every year. It bears witness to modern styles of sacred architecture, you can also visit the ancient sanctuary and buy religious souvenirs. (km. 50)

Called “The Sleeping Giant”, it boasts the highest peak of the Apennines with its Corno Grande, 2,912 meters high. In Prati di Tivo, winter ski resort, in summer you can go for walks and ride the cable car.

Province town and city of art, in the historic center stands the Cathedral named after Santa Maria Assunta and San Berardo. There are numerous archaeological sites that testify to the splendor experienced by Abruzzo, and especially Teramo, at the time of the Romans, especially during the empire of Hadrian. (km. 24)

Art town in the Gran Sasso-Monti della Laga National Park, one of the four naturalistic parks of Abruzzo, is famous for its production of ceramics since 1400. Its precious objects can be admired in international museums such as the Victoria & Albert Museum and the British Museum in London, the Hermitage in St. Petersburg and the Metropolitan in New York. To visit are the Museum of Ceramics, the Institute of Art, the rock church of San Donato that with its majolica ceiling of 1500 was defined by Carlo Levi “The Sistine of majolica”, the countless workshops where handmade pottery is produced and painted and where you can buy objects of high craftsmanship. (km. 60)

Among the most beautiful villages in Italy, we also find the town of Atri in Abruzzo. One of the oldest, with a historical and cultural heritage of great importance, embellished with churches and palaces. Situated on a hill, it offers wonderful views both on the coast looking at the Adriatic and towards the suggestive vision of the Gran Sasso d’Italia.

Art town inside the Gran Sasso-Monti della Laga National Park. Pope Clement XVI conferred a supreme privilege to Abruzzo with the attribution of the Holy Stairs to the city of Campli. Among the monuments are the church of Santa Maria in Platea, the Scala Santa and, in the hamlet of Campovalano, the church of San Pietro and the ancient necropolis. It is also famous for the traditional production of pork. (km. 36)

It is situated in a privileged panoramic position in Val Vibrata, from where you can see the Adriatic Coast from San Benedetto del Tronto to Pescara. It is called the Piazza di Spagna d’Abruzzo because of the imposing staircase that leads to the historical centre. Colonnella is located in the centre of a flourishing commercial valley where, above all, agricultural products such as wine, oil and cheese are of excellent quality. (km. 15)

In addition, outside the region, but always in the day, you can make excursions both free and organized to: 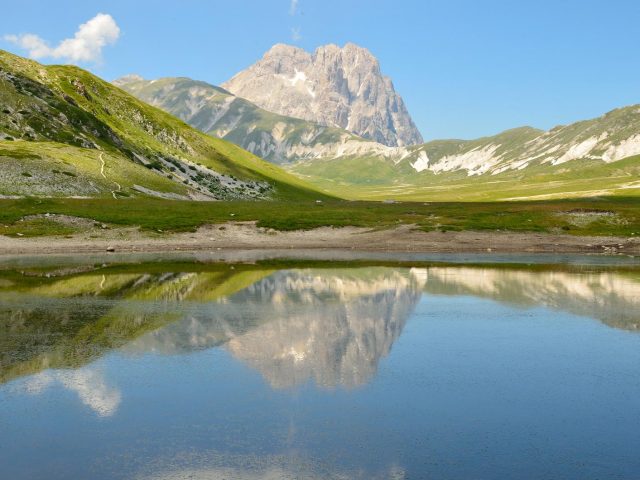 Keep calm, summertime is coming!
You'll find a world of services for You.

Foodtruck to delight adults and children with km. 0 local specialities

Bring the essential, we will take care of the rest

We know how to entertain our Guests

Services that you can request upon arrival

The certainty of finding everything you need

one step from the Adriatic Sea,
the best place for your next summer vacation
DOWNLOAD THE CAMPING MAP
READ THE REGULATION

Choose the dates
and make a reservation for your holiday!
Request availability
Ask for a quote